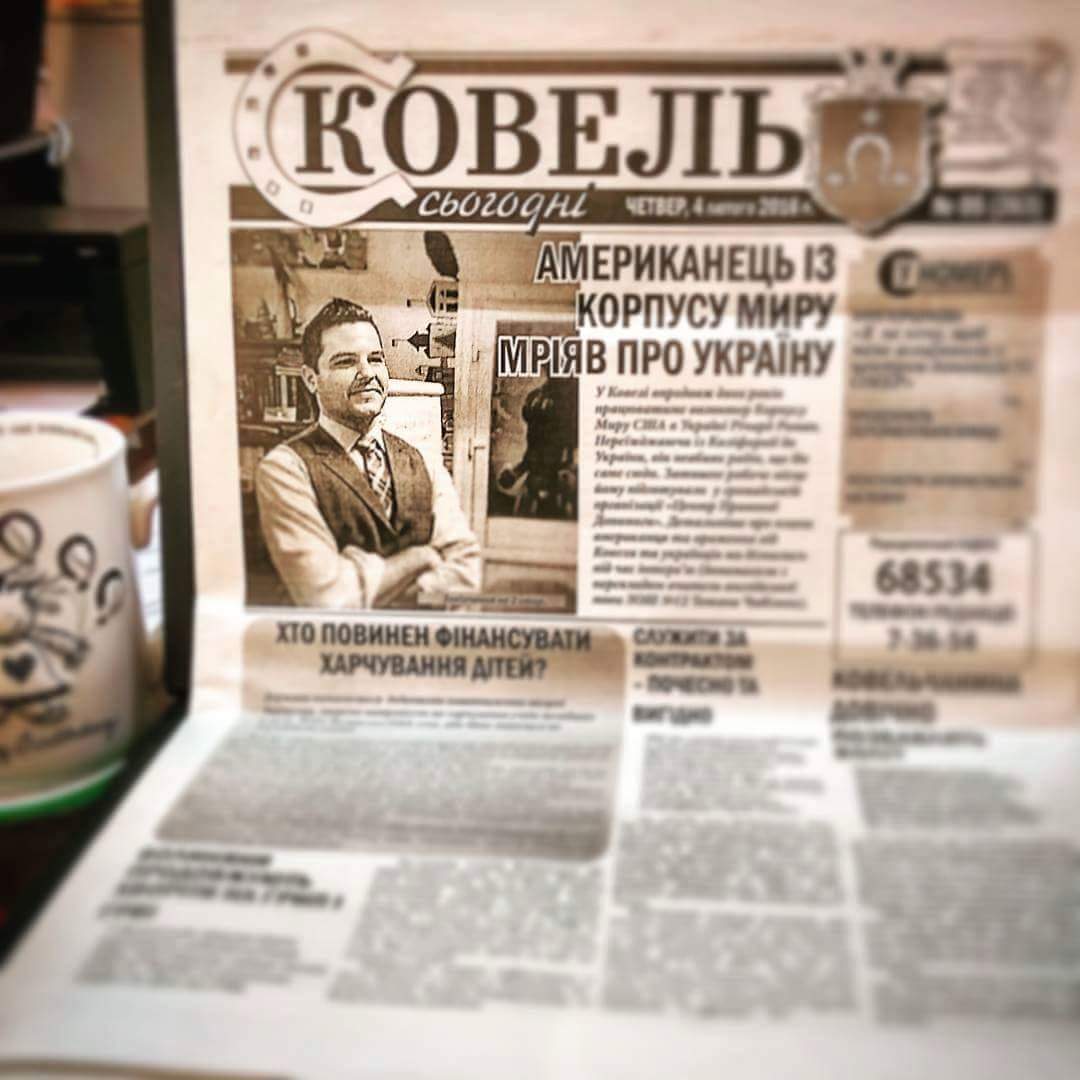 The rough translation of this article’s title is, “An American’s Dream for Ukraine.” For months the Peace Corps had trained us exactly what to say when someone asks, “why I would leave America to come to Ukraine.” I began to recite the normal script which they provided, “we are a nonpolitical and nonreligious organization.” Then, I stopped and I pivoted toward my favorite ideal which explains my actions. I told her that it does not make sense for me to come into this community and change their furtunes. My dream is to show this community that they have the capability to change it themselves.

The reporter followed up by asking about the difference between youth in America and youth in Ukraine. I told her there is one obvious difference. Youth in America are aware of what they have and youth in Ukraine are still searching for something. American youth know they are free to form their own future. Whereas youth in Ukraine are caught in between the post-soviet mindset and a liberal mindset. The Soviet mentality tells them they need permission to do or be told to do something. The liberal mindset tells them to take their future into their own hands.

This is also true for adults throughout the country. I continued to explain that it is not only the youth that should be involved in their countries future. Their parents also play a key role. Yes, change will come over time and the youth’s conscious decision to accept a liberal mindset will determine the future of this county. But, it is up to their parents to lead by example.

I recently had a conversation with a Ukrainain who had a very bleek outlook. I insisted, this is not the time for Ukrainians to wollow in self pitty. This is a time for eduacated people to take charge and steer their country towards prosperity. Positive variable can be found everywhere throughout Ukraine. Most economist see a bright future for Ukraine, but Ukrainians need to act. They need defeat the self-deprivating forces of obscurity.

*These are the thoughts of Richard J. Roman and do not in anyway reflect those of the Peace Corps or its affiliates.